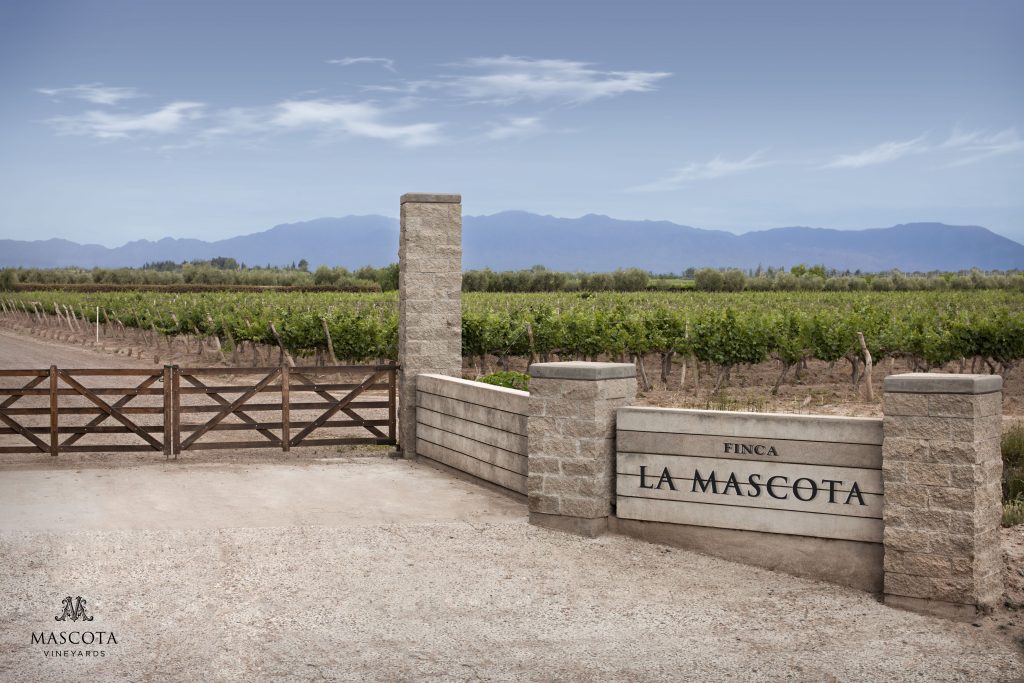 Mascota Vineyards produces signature wines which bring together the outstanding properties of the Argentine soil and the passion of its chief winemaker -Rodolfo ‘Opi’ Sadler- who boasts more than 30 years’ experience in the wine industry.

Mascota Vineyards comprise an exclusive portfolio of products, unique, elegant wines which have won international recognition. We are thrilled to being recognized by the IWSC as the ‘Argentina wine producer of the year 2014’.

The phrase ‘signature wines’ puts into words the commitment and participation of very few hands, with the signature winemaker acting as a music conductor.

These wines are made by a single winemaker who is personally involved in the supervision of all processes. The signature winemaker produces a unique, unified, inimitable piece.

LA MASCOTA Sparkling. Made in the Champenoise method. Ageing on lees for 12 months has conferred La Mascota Sparkling a well-balanced and fresh palate. It’s fine, abundant bubbles are proof of its elegance.

BIG BAT: “The Spoiled” of Mascota Vineyards. The author treasure is a 100% Cabernet Sauvignon, aged in French oak barrels during 18 months and bottled aged for 6 months. B.B Cabernet Sauvignon, an aromatic and very expressive wine, with a personality defined by black fruits and spices, an intense body and firm tannins.

Mascota Vineyards is present in more than 35 countries all over the world, including Denmark, Sweden, Switzerland, United States, China, Brazil and the UK, among others.