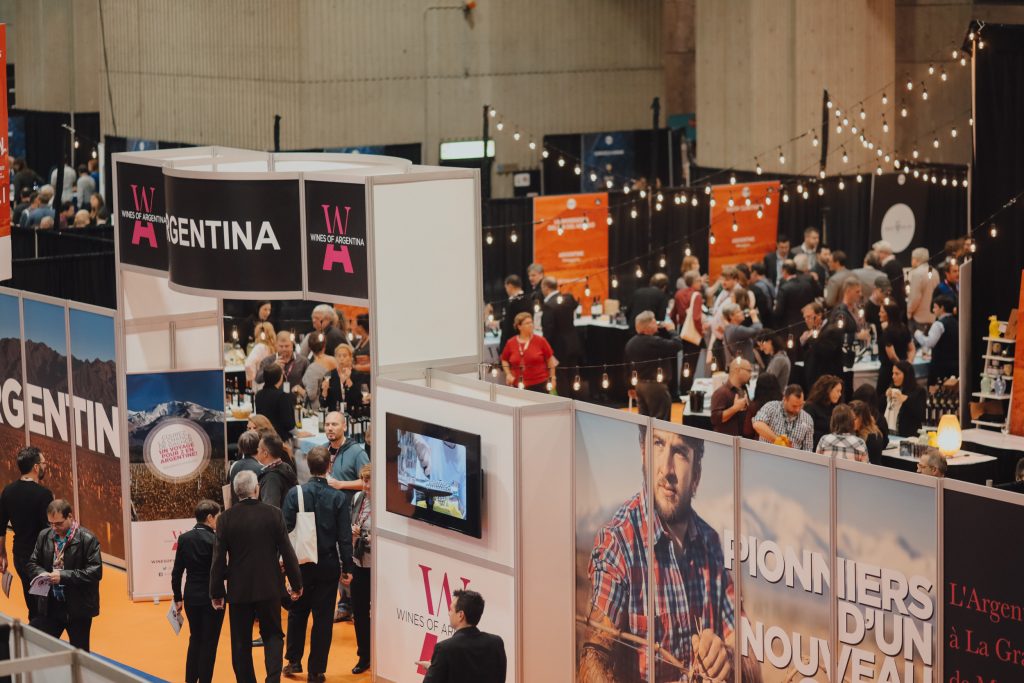 In the Fall of Montreal, there is nothing more distant and remote than Spring at the foot of the Andes. While the Saint Lawrence River flowed from Lake Ontario and the Canadians were betting whether or not this winter would freeze the famous waterfall, the sun in Mendoza warmed the grapes.

Canada is the third biggest export market for Argentina and this year the most important wine fair in French Canada had our country as one of its main players. There, the candor and the diversity of Argentine wines enjoyed their moment of glory when, glass in hand, consumers discovered the summer sun shining in the reds that grow on the other side of the world.

On the planet, there are wine fairs that are dedicated to business and others that target the public. The first are those that are spoken about in the world of wine: Vinexpo and ProWein. The others, less discussed in the wine system of tasters, journalists and sommeliers, offer a golden opportunity to meet real wine drinkers. This is La Grande Tasting of Montreal, known by its abbreviation LGDM, that brought together 12,200 visitors in its last edition.

Organized by the Association Québécoise Des Agences De Vins, Bières Et Spiritueux (AQAVBS) together with the Société des alcools du Québec (SAQ), it brings together wine producers from all over the world and wine consumers from the proudly French side of Canada, where the wine import business is a state monopoly. So, the visitor buys a certain amount of “coupons” with which to taste, with each sample equaling 10% of the price of the bottle. They can be all spent on a single expensive and recognised sample, or on a variety among more than two hundred exhibitors. And that’s where Argentina made the difference.

This year, LGDM took place on November 3, 4 and 5 and Argentina and Chile were the leading countries. In other words, they were responsible for organising seminars on each of their viticultural practices. On the other side of the counter were the flesh-and-blood Canadians who buy bottles in the monopoly – about $ 56 million so far this year – wondering if everything is Malbec in Argentina or if they produce premium wines as well.

Diversity
“The surprise was in those who attended the seminars organised by Wines Of Argentina,” said Gabriel Bloise, winemaker of Bodega Chakana, who was in charge of presenting, with six wines, some of what our country produces. Then there was a seminar by the sommelier and Global Wine Ambassador for Pernod Ricard, Federico Lleonart, a sensorial experience with wines from San Juan.

Bloise toured the country from south to north giving an account of the main differences between the wines. “What attracted attention was the diversity of flavours between the Northwest, Cuyo and Patagonia. They did not expect such diversity, because they only know a few wines from the same price segment. And while we as producers know about this diversity, it is amazing to see that the consumer appreciating it when they taste the wines, “said Bloise.

Within the monopoly, the options are fairly limited and concentrated up to 20 Canadian dollars (15 US dollars). But at LGDM, the wineries presented other wines, which can even sell as “direct imports”. That is, wines that can be purchased outside the SAQ catalogue with home delivery.

There, Bodegas as diverse as Catena Zapata and Alfredo Roca, as far away as El Esteco and Bodega del Fin del Mundo, as stylistically different as Chakana, Doña Paula, Norton and Mosquita Muerta, were the ones that made the difference: Canadian consumers discovered that there is a vast world between the Malbec, Bonarda and Torrontés of each region, a world that they are now beginning to discover.

Frederico Lleonart, from Graffigna, said: “Our Santiago Graffigna was unthinkable for consumers in Canada; A red Cabernet Sauvignon in the country of Malbec aroused their curiosity, “he said. In the same vein, Bloise said that “almost at the end of the presentation I made, a girl commented: ‘It’s incredible, I didn’t know that Argentina made these wines, and if we talk about prices, they have an impeccable price quality ratio’. I was amazed. “

Sensory experience
The seminar by Federico Lleonart was one of the highlights. In short, it was a question of experiencing the same wine but with the senses, following the school of thought that Charles Spence developed in his laboratory of experimental psychology. First, blindfolded, to concentrate on the aromas of the wine with two different stimuli – lemon and vanilla aromas – and see how the perceptions are modified. Then, tasting the wines in different glasses, from a standard glass to the Malbec cup developed by Riedel.

Beyond the multi-sensory experience presented to consumers, it was Argentina’s experience that was an attractive for the Canadian wine drinker. A country rich in winemaking tradition, with a young, innovative spirit, offering a wide range of flavours created by the sun. And all this while the waters of the Saint Lawrence fell crystal clear and cold and the maples lost their golden leaves in the forests of the shore. A wonderful experience was had by all, drinking new and amazing wines.