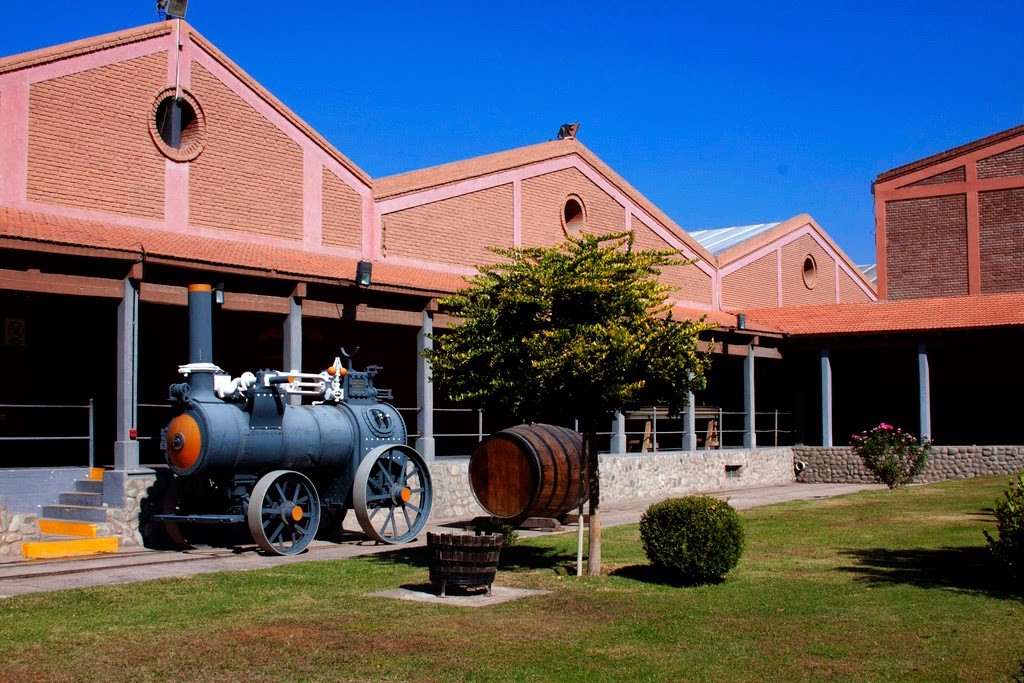 Visiting wineries in Argentina can be a thematic plan. There are those that make the best Malbec’s, those that are focused on wines from colder zones and garage winemakers who put their heart and soul into their wines.

But there is another plan that requires taking a trip back in time. Because although for most consumers in the world, Argentina is a relatively new country when it comes to wine, for wine connoisseurs it behaves more like an old one.

For over a century and a half, from 1850 right up to today, the wine industry has been supported by local consumers who have shaped its forms and styles. This explains a few things.

The most important is that a visitor can find wineries dating back more than a hundred years that you will not see elsewhere, in scale nor format. And of course you can also visit new wineries.

Both these groups outline that rare place that Argentina has in the world of wine: neither new nor old world. On one hand, bodegas such as Catena Zapata, Achával Ferrer, Zuccardi, Viña Cobos or Salentein are among the most visited, and are more modern. On the other, wineries like Goyenechea, La Rural and Lopez, offer a journey into the past. All of them stand out as places to in which to discover the history of Argentine wine.

A hundred years is nothing

Close to urban centres today, originally wineries were established on the outskirts of cities. Their remoteness forced them to be designed like agricultural colonies. Each had a principal fermentation nave, a cooperage, a sawmill and a steam boiler to generate their own energy. Created as small villages in the deserts of Mendoza and San Juan, and over time would be integrated into the city.

A perfect example of this evolution in Mendoza is that of Escorihuela Gascón. Located in Godoy Cruz, just fifteen minutes from the capital, the winery was created in 1884 by Don Miguel Escorihuela, combining tradition and innovation. In its main building, with colonial facade and large wooden railings and gates, the main attraction is the huge, ornate oak barrels, marked by the traditions of a hundred years ago.

Recently refurbished, its cellar is not to be missed. Located under the winery itself, with Bordeaux-style vaulted ceilings, it is charged with the care and ageing of CARO wines, a joint venture between the Catena Zapata family and Baron Eric Rothschild.

A few kilometres away, in Maipú, Bodega La Rural has kept its old facade, but inside it is modern. In one of the spaces that preserves the original design, built by Philip Rutini in 1885, one can enjoy the most complete wine museum in the country. A collection of 4,500 objects, including tools and machinery, recounting the beginnings of vinous activity in the region of Cuyo.
Now, if you want to understand what those wine cities looked like originally, it is best to take a trip to San Rafael. In this oasis, located 230km south of Mendoza, Bodega Goyenechea still retains the original layout of its facilities. A chance to see something in all its past splendor: the Italian-style brick facade, the barrel galleries and premises occupied by the operators. One of them, which was formerly the administration room, today serves as room for visitors.

Away from Mendoza, there are other wineries which have opened their doors to visitors. In Rio Negro, Humberto Canale represents the beginnings of Patagonian winemaking.

With sheds and dwellings distributed in the form of a wine colony since 1909, the visit provides insight into the challenges involved in setting up a wine region a century ago in these remote corners of the country. Similarly, in Cafayate, Salta, Vasija Secreta with its family museum and Finca Quara with its colonial architecture and a hundred year old cellar gives us an idea of the challenges faced by the founders of high altitude winemaking.

For the wine industry, the beginning of the twentieth century represented prosperity and consolidation of the local market. With the growing population, the arrival of millions of immigrants and the railways as a primary means of transportation, reds and whites conquered every corner of the country. This growth demanded expansion and a technological modernisation of the wineries. In the midst of this new paradigm, many of the wineries that are now the favourites of Argentine consumers were created. Several continue to be active and over the years have been reinvented without losing the essence with which they became classics.

Bodega Lopez is perhaps the best representation of this. In the hands of the same family since 1898, it is located in the department of Maipú, in Mendoza and produces some of the most traditional wines of the country. Their labels are produced as in the past century, but without neglecting the technology that the quality demands. Its hallmark is long ageing in large oak barrels, a practice that has been neglected in recent decades, returning thanks to some innovative winemakers.

With traditional architecture, concrete vats coexist with modern stainless steel tanks. The family cellar is without doubt the favourite spot for visitors. With eighty year old bottles which are, extraordinarily enough, for sale. A good one for understanding the specifics of the local palate.

Others, which tell a similar story, but have adapted to modern times, are Norton, Luigi Bosca and Trapiche. The former, located in Lujan de Cuyo, in the district of Perdriel, has just celebrated its 120th anniversary, and over time has become a favorite among fans of the wines of Mendoza, around the world. Those who visit its facilities will discover the history behind their wines in an architecture that has seen many changes like the twists and turns of business in Argentina: from the old original wine cellar to the industrial and today, to the retailer.

In addition to history, Luigi Bosca, the bodega of the Arizu family in Lujan de Cuyo, represents the transition between wines intended for the domestic market and the pursuit of the international markets. The building is an old family house with an air of Tuscany about it. During the visit, one feels that history permeates every corner, especially in the cellar.

Just five years ago, Trapiche, the country’s largest winery, recovered a building dating back to 1912 and turned it into their principal winery, full of tradition. The Florentine style facade shows the intention of the winemakers of the twentieth century to keep their European roots alive. Located in Maipú, on an old disused branch of railway, together with the old carriages. A unique historical heritage in the country, just like its tile-covered fermentation vats, the wooden cobblestone galleries and ceilings of cane and adobe.

For its part, San Juan viticulture also forms part of the success of wine over the last century. The province became a second home for Argentine wine and wineries, with some undisputed market leaders. Among these, Bodegas Graffigna is a classic that invites you to discover the history of the wines of the sun in the Museo Santiago Graffigna. Along with historical documents and old industrial artefacts, the tour pays tribute to one of the patriarchs of the national wine industry, who arrived more than a century ago, and was willing to become part of our history.

So to make a trip back in time, back to the origins of wine in Argentina, point the compass towards the wine making regions of the country. Because the modern ones coexist with the old ones. And together they make up the profile of contemporary Argentine wine.