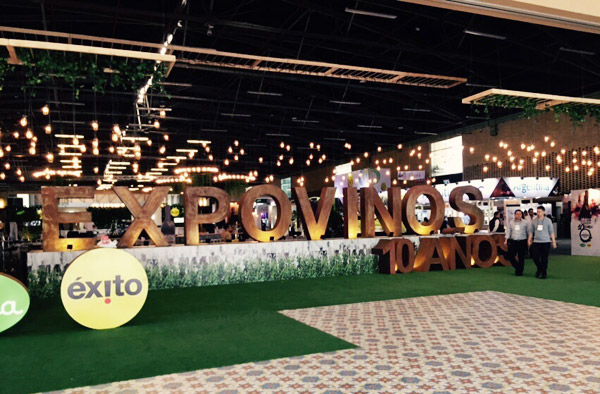 During the last seven years, Wines of Argentina and its allied organizations have offered 71 Colombian wine professionals the chance of visiting our wine regions. They were therefore able to get a hands-on experience of the Argentine wine business in order to tell their guests, clients and readers about it with knowledge and passion.

It is for this reason that on July 27, WofA held a reception aimed at everyone in the industry (importers, distributors, hoteliers, chefs, sommeliers, entrepreneurs, journalists and opinion leaders) who had been invited by WofA to visit Argentina. Also present was an important group of strategic partners whose support has always been vital in the wine festivals organized by WofA.

Following the success of the latest edition, this second meeting was held at the residence of the Ambassador of Argentina in Colombia, Don Celso Jaque, with special assistance from Mario Giordano, general manager of Wines of Argentina.

Argentina was the guest country of Expovinos 2015

Expovinos (http://www.expovinos.exito.com/) is the most important wine fair in Colombia. In 2015 it celebrated its 10th edition, bringing together major industry representatives in search of the latest news on the subject of wine.

In this edition, Argentina was the themed country of the Fair with its own stand, and the possibility of giving talks and tastings in order to show the quality and variety of Argentine exports.

The fair was held from July 29 to August 1st, in the Gran Salón de Corferias, Bogotá Colombia.

In total, four talk/tastings were given with the participation of some chosen winemakers, with emphasis on a particular wine region or variety.

The first talk , on July 30, was called WINES FROM THE NORTHERN BORDER (Cafayate and the Calchaquíes Valleys), and was given by Alejandro Pepa, the winemaker at Bodega El Esteco. Alejandro had the opportunity to show off the charms of these northern wines to those present in the Colombian market.

The second talk, on July 31, was called TINTO CON TINTO (RED WITH RED) / A Meeting of Argentine Malbec and Colombian coffee, and was given by the Colombian expert Luis Fernandes Velez ( owner of the award-winning brand, Amor Perfecto). Velez compared the evolution of Colombian coffee with the evolution of Argentine wine. Each wine had its equivalent with coffee, through different types of grounding and different infusion systems, complemented by the styles of those Malbec wines that were present.

The third talk was given by Jorge Riccitelli who toured the most recognized brands in the Colombian market as part of his presentation: AN ENCOUNTER WITH SOME ARGENTINE CLASSICS.

The last talk, also on July 31, focused on WINES WITH ROOTS. THE HERITAGE OF THE OLDEST VINEYARDS IN ARGENTINA. It was conducted by Louis Reginatto of Catena Zapata.

Once again WOFA was present in the Colombian market, positioning our wines in the best way possible.

The reinvention of San Rafael: classic terroirs with new wines