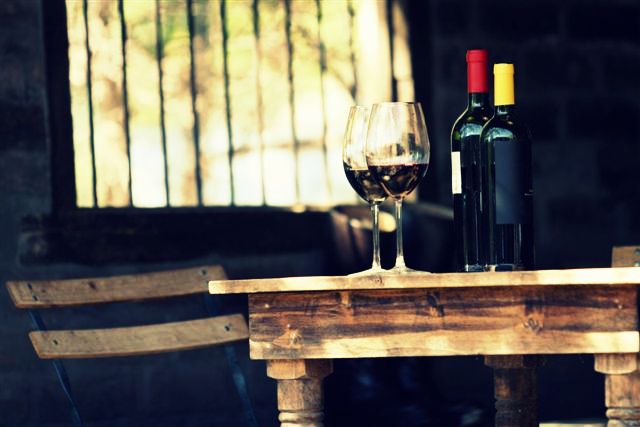 To know wine you must try it. That is not disputed by anyone. The trick is to know what wines serve as a guide to the colour, smell and taste that they all are hiding. For the simple reason that it is a laborious task. And whats more, not everyone tries the wines they write about.

We’ve made a big effort and chosen a number of examples so you can taste at home, alone or with friends, and take advantage of the experience. In fact, they are all wines that are on our app and were cataloged for this purpose. So, today the colour; and next the aromas, taste and flavour.

What you need to know about the colour of wine

The colour depends on three factors: the grape variety, how it was made, and the climate. Red grapes can produce red wine, rosé and white; while white grapes only produce whites.
Let’s begin with them.
The whites offer shades ranging from pearl colour- rare in our market- to the most common, gold, through various shades of green. In general terms, this is highly dependent on the variety and whether or not it has been aged; the latter is responsible for extreme gold, for example.

Sauvignon Blanc: pearl colour and steely green provided they are young. They age rapidly and are oxidised to browns within a short period. Try for example, Los Cardos.

Torrontés: in modern styles, where there is no oxygen, they are pale greens to very light yellows. For example Cafayate Reserve. Among the classics, of golden colour, Etchart Privado is a good example.

Chardonnay: is light green; when aged in oak, it turns yellow and very marked gold. An example of green, would be Altos del Plata; of gold, Escorihuela Gascón Pequeñas Producciones.

With reds, the case changes a bit for another reason: the age of the wine. When young, it retains the vigorous colouring of the grape, whether red or violet or the intermediate points between them; when old, however, it loses the tone and is diluted with lines of orange and clay. Thus, when young, the colour of each variety is:

Malbec: produces very purplish red wines, almost inky dark. In the northern examples they tend to be matte, while in more southern and cold areas, they are bright. Examples of the former would be Don David; while among the latter, Durigutti Clásico.

Cabernet Sauvignon: is quintessentially ruby red, although in our environment it usually has more violet hues due to high insolation, and because in the cellars it usually receives a touch of Malbec. Again the pattern of matte/bright by region. Among the examples, Zuccardi Q with an intense tone; among the least intense, Lagarde.

Syrah: produces violet wines of moderate intensity, unless something is done to them in the winery to change this. In our market, this is mostly the case, but it is interesting to note that the colour is quick to turn into shades of brick. Good, accessible examples: Novecento and Norton Varietal.

Bonarda: except for a few variants of the market, is more or less a bright purplish red wine, depend-ing on the region. Among those who stand out for their bright hue, Alfredo Roca Dedicación Per-sonal; among the more opaque, Tracia Honores.

Pinot Noir is the most atypical. It produces wines of low colour intensity, always with red hues. Be wary of a Pinot with lots of colour, because it is not well made. Good examples would be: Salentein Reserve and Catalpa.

Why does the shade of red change with the region?

The matte character of the northern wines and the bright wines of the south have a simple oenologi-cal explanation. In cooler areas, grapes tend to conserve acidity, better. And the colouring matter changes its refractive index based more or less on the amount of acidity. Think of tea, add lemon and it turns from red to a brick colour. With wine, it is similar. In warmer areas, with lower acidity, the colours are opaque. In colder areas, with more acidity they are brighter.

Wines of argentina joins the Wine in Moderation program