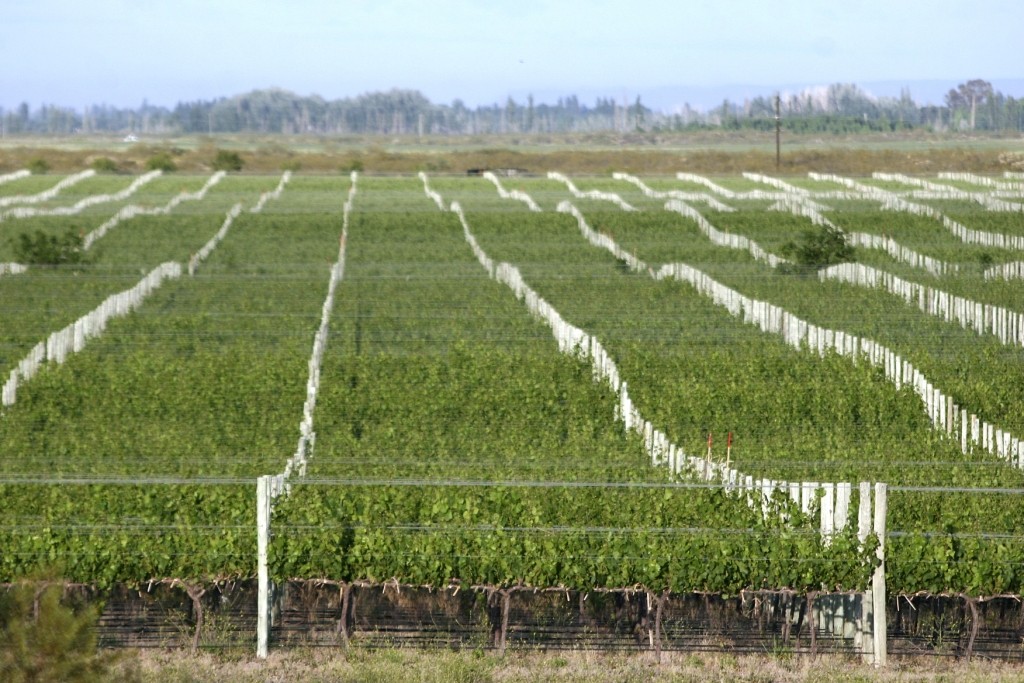 Fifteen years or so ago, the hot topic was regions. Today it is terroir. Tomorrow it’ll be vineyards. That seems to be the key for the next decade. It’s a matter of looking: changing the long-term vision of the landscape by portioning up the vineyards is a radical move which is beginning to happen in Argentina, and is promising to have very positive long-term benefits.

Let us explain. A vineyard, as advanced as soil and plant population surveys are today, is a group of different vineyards. On one side, for example, clay is predominant and plants grow in abundance; where once there was a dry river today, there are many stones and sand, and the plants grow poorly; and in another part of the same farm where the soil profile is thin due to erosion and the plants become dehydrated quickly. From the point of view of the grape producer, the vineyards are heterogeneous. From an oenological point of view, there is potential for three different wines.

To give you an example,; if in each of these parcels, Malbec had been planted it would result in three different types of Malbec: if they are produced together, they will have the identity of the vineyard, but produce them separately and they will offer the character of each parcel. If after a few vintages, there is one which offers a unique gustatory profile, what you have is a declassification of a vineyard from the point of flavour.

That is precisely what is happening today in the Argentine wine industry. Wineries such as Catena Zapata, with its Adrianna Vineyard have been working seriously on the delimitation of parcels from gustatory profiles. And the first result of that research are two Chardonnay’s: White Bones and White Stones, made from parcels originating from different soil types within the same vineyard, one with marine fossils and the other with stones. They are not alone, Bodega Trapiche, Norton, Andeluna and Terrazas have all started working in this direction. Catena, however, is the furthest along in this concept and has resulted in a line of wines that will soon expand to other varietals.

This business with plots or parcels is not a new invention. On the contrary: it is the heart of the wines of Bordeaux and Pomerol where there is no official classification of its vineyards. There, a red wine like Pétrus can reach extraordinary prices on the market (the 2014 vintage was sold in London for $2,000), while its neighbour, Château L’Evangile, cultivating the same varieties only a few feet away, does not come close to that price (the same vintage, $130, according to wine-searcher.com).

Pétrus is sitting on a secret. Its vineyards is on a patch of blue clay, which offers the Merlot ideal vegetal conditions. To reach that level of detail is the current mission of Argentine wine.

To achieve this goal, wineries have been investing considerable sums of money in exploring their soils and in discovering what can distinguish one vineyard from another to obtain special wines. In short, what is currently taking place in the Argentine market is a journey to the land of terroir with much emphasis on parcels, where attention to detail will allow for the declassification of vineyards and wines and ultimately, the best and unique to be produced from a micro-terroir.

The interesting case of France is that they do not associate the taste of wine with a specific type of soil, but argue that the particular balance of a vineyard depends on the soil and that this condition is unique. It is no less subtle to project the possibility of a singular type of wine onto a place and its plants.

As far as the topic of parcels is concerned, Argentina is still a step behind. It is common to find wine descriptions like “A calcareous soil provides minerality and makes this Malbec special” which is not only unverifiable but is also a fatal error: anywhere with calcareous soil has the ability to make special wine. Without going any further, in Mendoza calcareous soils are in abundance.

So, the fragmentation of large areas of vineyards, represents the first step on a long road from the glass to the vineyard and the parcel. That road is now being researched in Argentina: with technology that monitors the differences in soil (measured by electrical conductivity) or the ability of plants to vegetate in equilibrium (measured by leaf activity), in order to catch up with the centuries of observation which France has done. After all, as a result of cross referencing this analysis, it should expand the diversity of top-flight wines and at the same time generate a natural market segmentation regarding the best vineyards and their wines.

This is the keyhole through which we can get a glimpse of the future of Argentine wine. And, in turn, the parcel is the key that opens the door to a universe of details and new tastes.

Argentine wines are are becoming more popular with collectors