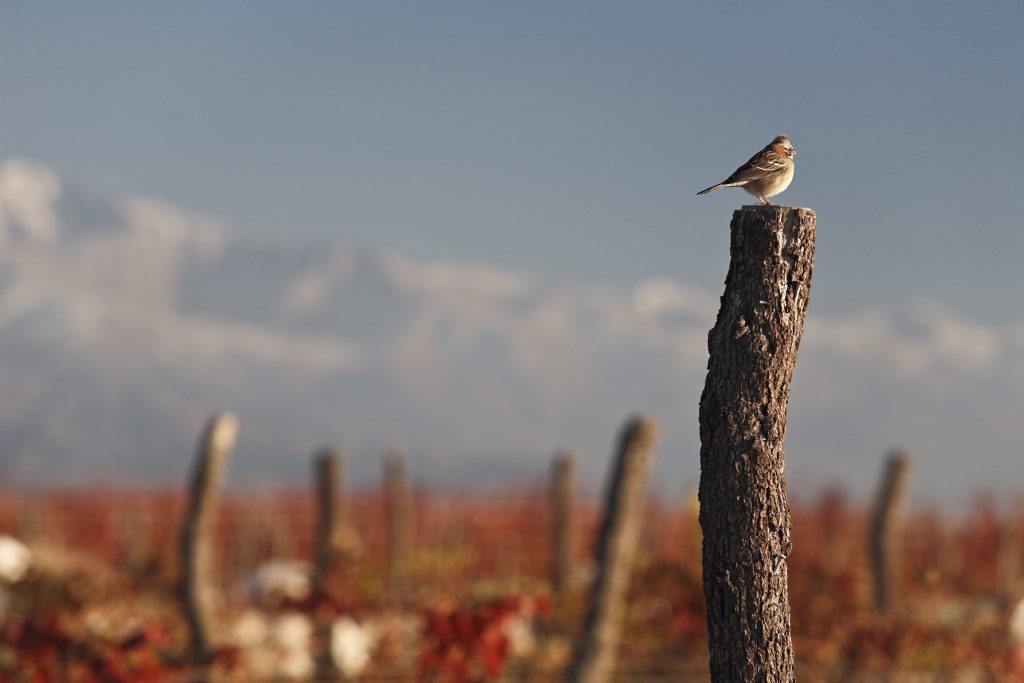 There is talk of parcels and divisions within vineyards that do not follow the carefully constructed rows. Wineries are using small tanks and eggs and displaying them like trophies. And high-end wines are being released in such abundance, they could fill a private cellar. Everything seems to indicate that the wine business is suffering a kind of pragmatic shrinking. However, the sum of all this has a common root: a new way of thinking and making wines.

Over the last twenty years, there has been much talk of reducing yields to get quality. And theoretically, if this journey towards the miniature seems like one more link in that chain, it is only in appearance. Because what is happening now is something else, it is the emergence of a new paradigm in wines. That simple. That complex.

Paradigms are conceptual networks, invisible to those who are subject to them. For men and women of the Middle Ages, for example, the idea of an expanding universe simply did not fit into their thinking, just like there was no other possibility other than that the Earth was flat and the sea had a final edge. Similarly, two decades ago there were no discussions in Argentine wine on quantity versus quality, trellis versus parral, old wood versus new wood.

But now a new paradigm has emerged and as such, it is displayed in concrete objects. In parcels or small tanks, for example. The matrix of the change is deeper, and invisible to the men and women who are involved in the change. That is, until questions are asked, that shed light on the system of ideas, paraphrasing the philosopher Thomas Kuhn, who was vested with a paradigm of this weight. Because what changed, ultimately, were the practices and with them, the system of ideas upon which we think and make wine in this corner of the world.

The homogeneity of the past

Before, the uniformity of a vineyard was a guarantee of quality. To achieve this, you had to move large amounts of land to get homogeneous soils. Clones were planted to obtain the highest possible regularity between plants. In addition, an administrative unit was used, which agronomists inherited from the military camp: the barrack. To produce a homogeneous barrack, large tanks were bought – able to ferment 10, 20 or 30 thousand kilos of grapes – and then in the cellar the volumes were reduced, as a conceptual unit was split into smaller ones intended to standardise the style of wines. And so the idea of uniformity that would guarantee the administrative plan and accounting of production also led us to thinking about wines in those terms. Hence the idea of tackling quality with volume.

Today the opposite is true. From plantations that were made on virgin soil, other clusters of ideas emerged, that, at the same time, gave way to a new paradigm in wines. The difference, diversity, what is different is the key to a wine full of nuances. And these nuances should not be, for any reason, flattened. What’s more, you have to understand in detail what causes them and how to work to enhance this difference. Working with detail literally means operating on much smaller scales.

The difference of the future

In this paradigm of difference, questions arose about how it had happened. Whether the mesoclimate was even for nearby wine areas, the soil was the most plausible explanation, following the French scheme of micro-terroir. So they began orogenic planting, that is to say they explained the texture of a wine in the folds of the mountains and its deposits of gypsum that were then carried by the rivers towards the plains. Or, the study of the alluvial cones to understand the heterogeneity of Altamira and Gualtallary, which are so alike and yet so different. Or of the plains to the east of Mendoza, where a century old wind brought deep homogeneous soils, which produces grapes in the uniformity of its terroir.

So, the Argentine wine industry is in line with the global industry, and if there are differences, they are in the soil, and so keeping them in the wine is of paramount importance. The phenomenon began taking shape in 2008. Here, the barrack as an administrative unit, lost value. As did the large tanks. And so the search began for a new word to call the next administrative unit: parcel, row, selection of soils; it also gave rise to descriptors like rise to minerality or chalkiness. Under this new paradigm of detail, another unit of measure is needed in order to name the differences among the wines.

In terms of paradigm, the emerging one is focused on explaining what is different with regards to the rest of the world. Malbec is not enough. We need something else. And this other difference is in the soil and in the people.

Local knowledge, which has been built up over time and which has formed a network of wine professionals, is beginning to bear new fruit. This idea also allows for new questions about the technicians: the winemakers of today are communicators as well as experts in creating, they are artists and sellers at the same time, and the role of the scientist is left to the agronomist.

To quote Friedrich Nietzsche: the truth is an army of metaphors which, to reveal them, we must break with a hammer. In this example, the paradigm of homogeneity and the quality without nuances is being beaten and buried by the blade which opens a test pit in each vineyard. Or by a Lilliputian elaboration, which tends to mean that the wine is in countable units in a handful of rows and barrels. The kingdom of the parcel and the micro-terroir.
And so wines with another concept begin to emerge. Selected winemakers, selected barrels or soil, even terroir. Because what is ultimately changing in Argentine wine, is what is most invisible: an idea, a set of ideas about what wine should be and how to make it, which in turn establishes new practices. In other words, a new paradigm.

For this reason alone, what is happening today in Argentine wine is very exciting, and yet so uncertain and subject to disputes and rivalries.
Welcome to a new era.

The paradigm of difference.

Gualtallary versus Altamira: what does each one offer?

The reinvention of Argentine Chardonnay