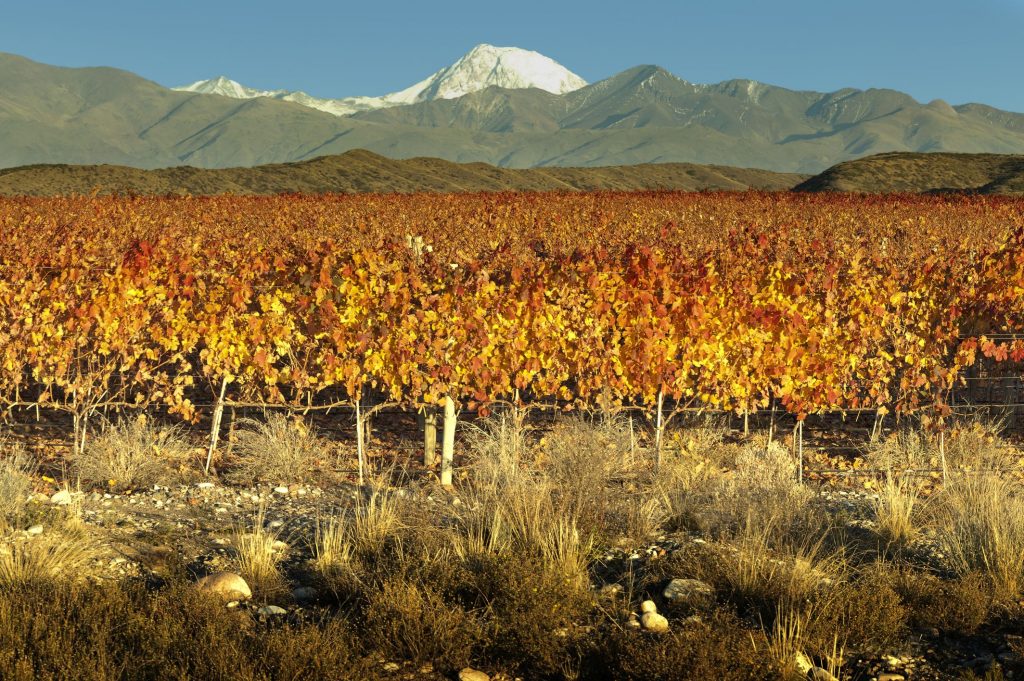 How far do you need to climb to reach the cooler terroirs? That seems to be the question that sparkling wine producers are asking themselves today. We talk about mental and climatic limits which challenge the production of sparkling wines in Argentina, but we also speak of a long history that has a new association with the glass.

Outside of Europe, the production of sparkling wines is not so common. But Argentina is an exception, and the reason is one of history: since the nineteenth century, when the pioneering wineries Santa Ana and Antonio Tomba made the first sparkling wines produced using traditional methods, until the arrival of Chandon in 1950, the relationship with bubbly has gained much strength.

So, today in Argentina, there is a world of sparkling wines to choose from: with 40 million litres produced and consumed each year – according to the National Institute of Viticulture – in the domestic market there’s something for everyone. From sweet to very sweet and dry to very dry. From Proseco style, festive and fruity, to traditional sparkling wines with up to 70 months ageing on lees.

Whatever the case, they are all on a journey towards increasing freshness, fleeing warmer areas of Mendoza and Patagonia. And that journey has a strong correlation to altitude: higher than the hills, closer to the limit for grapevines, seeking the perfect conditions.

We are in early October in Gualtallary, 1,620 meters above sea level. Behind us is the Cordón de Portillo with snow from the base to the summit. From the hills, a very cold but not yet icy wind blows through the still dormant Chardonnay vineyard. On the plain, where the Tunuyán river bends eastward – a curve that is best seen from above – the vines are sprouting, stretching their branches and unfolding their leaves. This difference is explained by nearly a thousand metres in height between one area and another: in terms of average temperature, it’s equivalent to 10 degrees less.

“The cold – explains Onofre Arcos, winemaker at Chandon- slows down the process of growth and maturity in the vine.” And he’s not wrong. That cold is precisely what wineries were looking for in the 2000s for their bubbly: a place where you could naturally get more acidic wines. So long term quality is guaranteed, and incidentally, tension, something that is lacking in most local sparkling wines.

Like Gualtallary, in Chacayes, El Peral and Los Arboles, all districts of the Uco Valley, Pinot Noir and Chardonnay vineyards have multiplied in the last decade. And with these plantations, higher and closer to the limit of where the vine can grow – early and late frosts shorten their life span – Argentine sparkling wines have taken an important step forward.

For Alejandro Martínez, winemaker at Rosell Boher, the acidity that the grapes bring is key. “We have been working with high altitude grapes from the beginning, back in 2002, because we wanted a fresher style, and we’ve gone even higher over the years. And we learned that it offers better conditions for long ageing on yeasts. Therefore, we were encouraged to make a Grand Cuvée with 70 months on lees “he says.

However, there is an elite of high altitude sparkling wines, whose varieties are grown between 1,300m and 1,600m. Chandon have just launched two examples: one Brut Nature and one Rosé Brut Nature .”Both are made from grapes from high altitude farms,” explains Onofre Arcos. But they are not the only ones: Finca Ferrer are up to the same thing as is like Dante Robino for their Brut Nature and Familia Zuccardi, which produces a Chardonnay Blanc de Blancs which has 50 months on lees.

Higher up, near the snow

High altitude plantations require particular management. From the cultivation of champagne clones to the most protected vineyards. Up there, where nature is wild, the sun and the wind are not to be underestimated. The same goes for the extreme cold. Especially considering that the idea is not to get expressive wines of elevated freshness, with total acidity well above the average and an alcoholic potential well below the average.

Thus, the alcohol level doesn’t exceed 13%, even after the second fermentation. “Up here, in Tupungato – says Sebastián Zuccardi, responsible for Familia Zuccardi Blanc de Blancs – the level of alcohol is not an issue. We are more interested in the total acidity of the grapes, which naturally reaches a pH of 3.2 and less after elaboration. ”

The point is that this is completely new to the wines of Argentina, and not only for sparkling wines. it’s clear that with lower potential alcohol, lower pH and higher levels of freshness, there’s a whole new viticulture sprouting at the foot of the mountains.

For now, sparkling wines are making the most of it. But it is also the spearhead for going further up. How far up? How much higher can one go? The question, for now, doesn’t have a single answer or a clear limit, although some of them may have already achieved it.