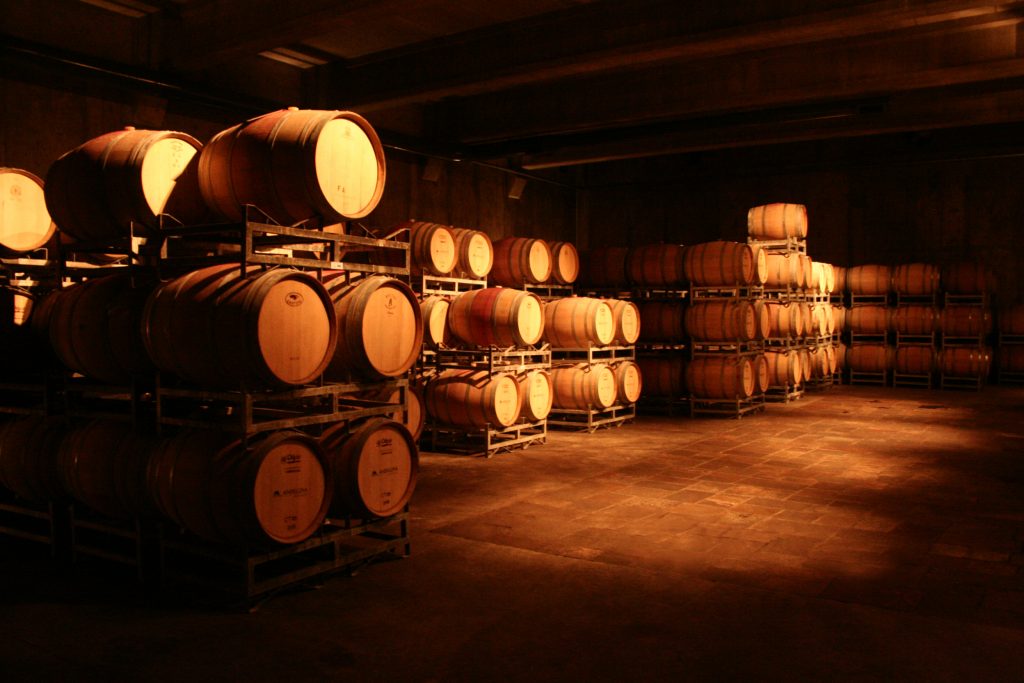 Eric and Sophie from Quebec are travelling around Buenos Aires. For dinner one night, they choose a glamorous restaurant with contemporary cuisine, located in Palermo. As soon as they arrive, the sommelier accompanies them to their table and offers them the wine list while pouring them a welcome drink.
Eric reviews the list and, to his dismay, does not understand a thing: he doesn’t not know a lot about wine and is unsure what to order. Attentive to their indecision, the sommelier asks them about their preferences. “Bordeaux,” says Eric. And with that, the sommelier reels off a list of suggestions from red blends to sweet Semillon.
Argentine wine has similar styles to those, more well known wines and thus a trained palate like that of a good sommelier can establish relationships between them. Bordeaux, Burgundy and Champagne, the most commonly used references to explain the style of a wine or to offer the most suitable suggestion, have comparable similarities with Argentine wines. Here, we have compiled a simple guide to establish such relationships with our wines.

Like Eric and Sophie, those who enjoy the sophisticated taste and vigor of the reds of Bordeaux should know that among Argentine winemakers, the Bordelais varieties are the ones in charge. But here, in Argentina, it is defined by Malbec, together with Cabernet Sauvignon and, to a lesser extent, Merlot, Petit Verdot and Cabernet Franc.
For Argentine reds with a Bordelais profile, you need to try historic wines such as Enzo Bianchi Gran Cru 2008, Cheval des Andes 2010, Carmelo Patti Gran Assemblage 2004 or Arnaldo B Gran Reserva 2011. They all have several harvests under their belts.
A new trend, however, is to rediscover the elegance of the assemblage or blend. So, we have Gran Enemigo, where Cabernet Franc is the main player with a small dose of Malbec and Petit Verdot, Per Se La Craie, 65% Cabernet Franc and the rest Malbec, with flavours reminiscent to those of Saint Emilion. Or Mendel Unus, where the Malbec and Cabernet Sauvignon duo match the rusticity of Petit Verdot.
As for white wines, fans of Semillon and Sauvignon Blanc will have much to keep them happy in Argentina. For example, the classics – Semillon de Ricardo Santos 2014, Finca La Anita 2014 and Tomero 2009. For fans of Sauvignon Blanc, Argentina offers wines with an old world, austere profile, like Lagarde 2014, Mariflor 2013 by Michel Rolland, and Sylvestra 2014, prepared by the Argentine winemaker Walter Bressia.

The Burgundian terroir is becoming increasingly captivating to Argentine winemakers, and although for years it was believed that it was impossible to match the subtle style and complexity of its reds or the elegance of its Chardonnay, what we are seeing today in several wines says otherwise.
For the reds, the first stop is Patagonia, and more precisely Rio Negro. There, the southern climate and poor soils outline a delicate style of Pinot Noir with many things in common with those of the southern Côte de Nuits. For example, Chacra 32 2011, made with grapes from a vineyard planted in 1932, or Humberto Canale Old Vineyard Pinot Noir 2012 and even Trousseau 2014, bottled nearby by winemaker Marcelo Miras. The height of the Uco Valley in Mendoza makes for some excellent Pinot Noir, with more character like those in the central region of the Côte de Nuits. For example, Porfiado 2011 from Zorzal Wines, the historic Rutini with its 2010 harvest, and from La Consulta, Altocedro, Año Cero 2013.
As for Chardonnay, the Valle de Uco, and principally the edges of Tupungato, have became a mecca for the Queen of whites. Its stony and calcareous soils at more than 1,300m are responsible for tense and complex profiles that are giving a breath of fresh air into Argentine whites.
Among these, White Stones 2010 and White Bones 2009 are wines born from the heterogeneity of soils in finca Adrianna, owned by Catena Zapata in Gualtallary. Others include Pr1mus Chardonnay 2012, Escorihuela Gascón Pequeñas Producciones 2010 and Lindaflor 2012, made from grapes in Vista Flores.

With over a century of experience in the production of sparkling wine, Argentina is proud of its sophisticated exponents. The formula of the high-end labels is Pinot Noir and Chardonnay from cooler areas such as Valle de Uco, and a long maturation using the Champenoise method for calibrating bubbles. Among those relating to the French style, Millésimée Rosell Boher Grande Cuvée 2008, an assemblage with seventy months aging on lees.
There is also the traditional Baron B Brut Nature from Bodegas Chandon which has been going strong since the seventies. And of course, Cruzat Grand Millésimée 2006, from emblematic winemaker Pedro Rosell. Boheme from Luigi Bosca, is the only local label that has a trilogy of Champagne with a dose of Pinot Meunier in the cuvée.

With this reference guide, and the valuable advice given by Eric and Sophie’s sommelier, lovers of French flavours will surely find the right Argentine wine for their palate.

Gastronomy along the wine routes