Posted inMeet the Wineries
Posted by By Wines of Argentina 2 August, 2021 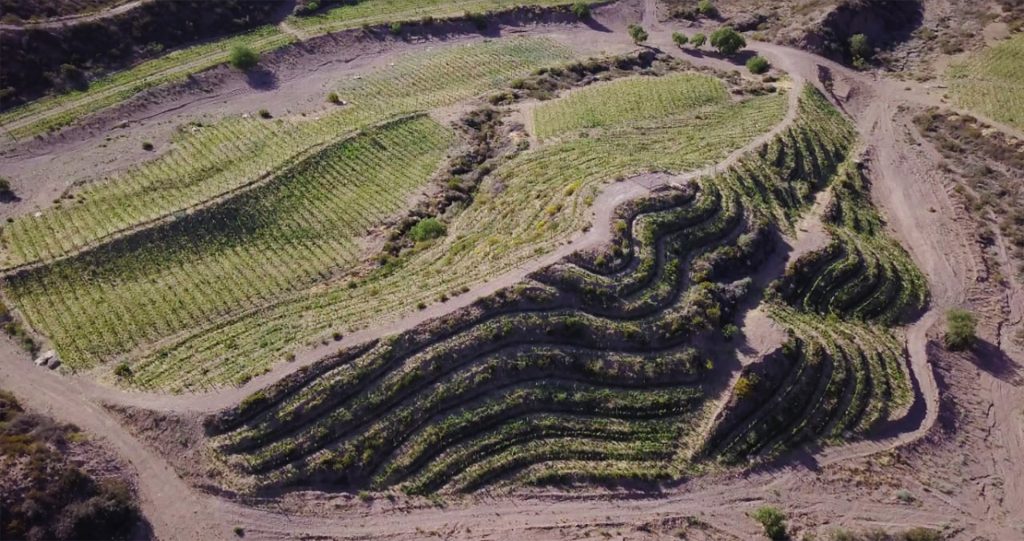 The wine scene in Argentina is one of the most dynamic and diverse on the planet and small producers making wine on reduced scales are a major part of its success thanks to their nous and ability to stand out from the crowd. Many are making some of the most attractive wines on the market.

But even among this fascinating group, Amansado Wines is a case apart. A family winery that has been producing since 2017, using grapes grown in an unusual vineyard, they promise to revolutionize one of the most traditional winemaking regions in Mendoza.

The oenologist José Luis Miano has worked at the establishment since 2020 and is advised by Juan Pablo Michelini, a Mendozan winemaker well known for his creativity. Together the dynamic oenological duo have managed to create a portfolio of unique wines that have won multiple honors.

Named “La Heroica”, Amansado’s main vineyard is one of the most unusual in Argentina. Located on the border between Luján de Cuyo and Maipú, it has access to natural springs as well as series of hillocks where the Brennans always intended to plant terraced vineyards in the Rhône style, something rarely seen in Mendozan viticulture.

“Ever since we bought the vineyard in 2005, we knew that there was potential to grow on terraces, which was new for Mendoza at the time,” remembers Eugenia Brennan. “We had to wait to see the dream fulfilled, but the patience paid off. Now we have a unique vineyard where the vines live in harmony with the native flora.”

Containing organically grown Malbec, Cabernet Franc, Petit Verdot, Chardonnay, Semillón, Chenin and Sauvignon Blanc vines, the vineyard has unique characteristics due to its geological location: the Cuchillas de Lunlunta outcrop which has rocky soils similar to those seen in some parts of the Uco Valley.

“La Heroica requires that we work the way they do in Burgundy; the range of soils and exposures mean that the vines must be tended in distinct ways even among vines of the same variety,” Miano explains.

The 2021 harvest was the first that allowed them to make a pair of wines, a white and a red, in the Grand Cru style, about which the winery team are very excited: their distinctive character is providing compelling evidence that they have discovered a new terroir.

Amansado has earned acclaim among adventurous wine lovers for making distinctive wines using unconventional methods.  “As often happens in the world of wine, we had to endure a tough learning curve but that helped us to get to know our vineyards and make very original wines that ensure we stand out and attract demanding consumers,” says Brennan.

So far, the winery has developed a portfolio of a dozen labels featuring more familiar styles alongside some of the most unusual bottles in Mendoza such as   Amansado Cabernet de Sed, a carbonic maceration of Cabernet Sauvignon that produces a fresh, light and fruity wine, or Amansado Pedro Ximénez, a white made from one of the few grapes that is native to Argentina. It’s also used in their Amansado Joven Rosado, in which a dash of Cabernet de Sed lends character and Provençal color.

Even their more conventional looking wines have distinctive qualities, as is true of Yunta, a red made by co-fermenting Malbec grapes from Perdriel, Luján de Cuyo and Gualtallary, in the Uco Valley.

It’s a practice that requires great blending skill because the regions have very different qualities and ripening patterns. As one might expect, the resulting wine combines freshness and a good palate in a unique, rewarding way.

But there is no doubt that the star wine at Amansado Wines is Amansado Pedro Ximénez de Ánfora, a white aged under flor for two years in a porcelain claiver: a very innovative practice on the Argentine winemaking scene.

“We have discovered that Pedro Ximénez has a special capacity to develop a thick veil of flor that allows us to age it biologically and healthily for two years, resulting in a wonderfully unique character,” says Miano.

A limited edition, the wine is also the result of the revival of an old pergola vineyard with Pedro Ximénez vines in El Zampal, Uco Valley, presenting a unique opportunity for those looking for unusual wines.

“We’ve managed to position ourselves as an innovative winery that attracts consumers looking for interesting labels. We feel that we can guarantee that they’re going to encounter unique wines with identity,” concludes the head winemaker at Amansado Wines.

Viognier, an unexpected treat from the vineyards of Argentina

TIPS FROM MY WINE GURU, MY NEW BEST FRIEND