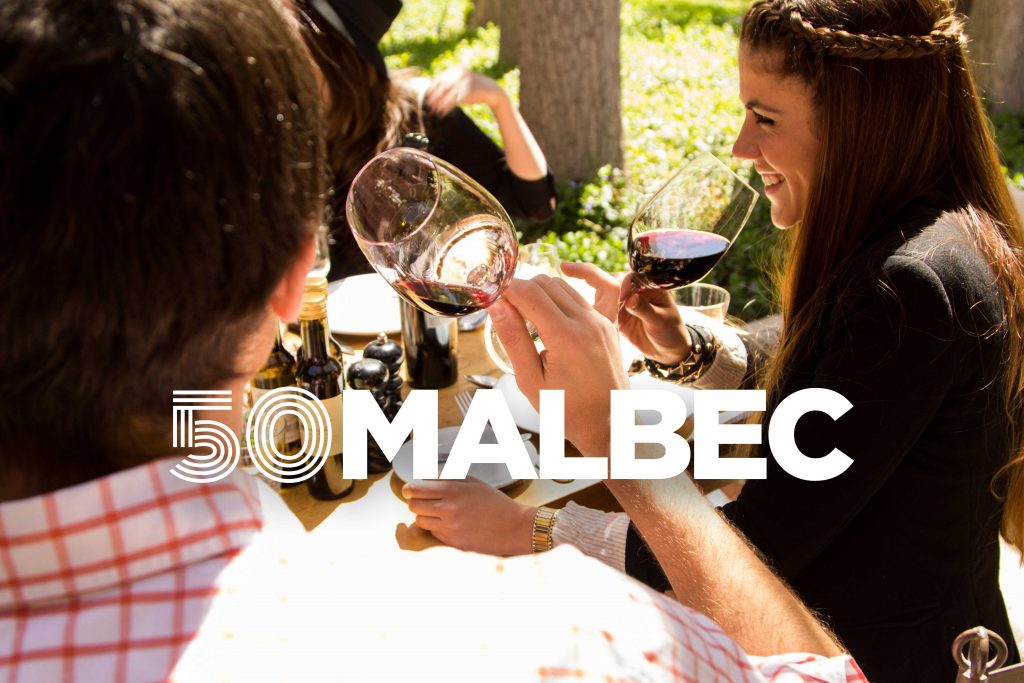 What is the best wine? That is the question that is always, unfailingly put to a wine taster. The answer can be evasive -the one you like the most-, ambiguous -depends on the occasion- or emphatic, as in this case: Vinómanos tasted 650 and chose the 50 best Malbecs in Argentina.

Just under 8% of everything we tasted falls into this ranking of the 2018 Malbec Report. There is something for everyone. The most accessible costs $299 pesos; the most expensive, $3750. There are those which offer a lot of freshness and those that convinced us with their charm. Many were from the Uco Valley (50%) with La Consulta, Gualtallary and Paraje Altamira predictably, at the top. But there were also some classic terroirs such as Luján de Cuyo (20%) and the rest was split between the Patagonian and Calchaquí Valleys and Pedernal.

So let’s not delay the matter any further. You can draw your own conclusions. Here are the answers to the question we get asked everyday.

#1. Achával Ferrer Bella Vista Malbec 2014 ($2.950, 97,5 pts)
Achával Ferrer Finca Bella Vista is a beautiful wine, for many reasons. Tasting blindly, we chose it for its flavour, but when one realises that it comes from an old vineyard, on the alluvial terrace of the Mendoza River and in one of the historical zones of Argentine winemaking, like Perdriel in Luján de Cuyo, we got really excited. The winery had a TOP50 last year with Miradores, and now Bella Vista is among the best Malbecs of 2018. A red with several layers, fruity, spicy, oaky, complex and plentiful, offering a fine palate, with moderate tannins, juiciness and an intense and defined flavour, with a freshness that gave us goosebumps.

#2. Teho Grand Cru Les Cailloux Malbec 2014 ($1.500, 97,5 pts)
Teho is one of the brands developed by the creative duo formed by Alejandro Sejanovich in enology and Jeff Mausbach in management. The Grand Cru, as this line of selection of soils is known, such as Les Cailloux, are selections of vines inside a vineyard, in this case, from La Consulta, Valle de Uco. It is a mountainous red, herbal, deep and complex, with impeccable black and red fruits, attractive, and delicate in the mouth, soft and fresh, and very powerful.

#3. Noemia Malbec 2015 ($3.750, 97 pts)
Noemía is the icon wine of the namesake winery made with organic grapes from Mainqué, Río Negro, by the Danish enologist Hans Vinding Diers. That it takes its place in the TOP50 of the best Malbecs, as it did last year with the 2014 harvest, is natural for this wine that has a history among the best Malbecs in Argentina. The grapes and the quality of its elaboration are its best credentials. This 2015 vintage offers a profile of black fruits, herbs and sweet spices, the palate is well balanced and expressive, with firm tannins, and a smooth texture.

#4. Altocedro Gran Reserva Malbec 2016 ($1.650, 97 pts)
Altocedro is the winery of winemaker Karim Mussie Safie. He works solely with grapes from La Consulta, Valle de Uco, a region of which he is an ambassador and from which he manages to extract the soul in each of his wines. His Grand Reserve 2014 was in the TOP50 in 2017 and now again with the 2016 harvest and the same equation of elegance that seduced us in the previous Malbec Report. It’s half fruity aromas, like freshly picked cherries and strawberries, a quarter jammy red fruits and the rest is achieved with ageing. On the palate it is broad and fleshy, with a juicy freshness and a smooth, enveloping texture. Delicate, with a long finish.

#5. Matervini Antes Andes Viña Canota Malbec 2014 ($1.000, 96 pts)
Matervini is the new venture from Santiago Achával, in management, and Roberto Cipresso, in enology, two key figures in the creation of Achával Ferrer. With a vineyard in the foothills of the Pre-Cordillera in Pampa de Canota, isolated and unique, they make this Malbec of singular beauty; deep, with intense fruit and expressive aromas of pink pepper, the palate is medium-bodied, sweet in its own way, fresh and juicy at the same time. It is simply delicious.

#6. DV Catena Vineyard Designated Nicasia Malbec 2013 ($1.100, 96 pts)
D.V. is the line of mid-range wines from Catena Zapata, which only has premium wines. In the case of the DV Vineyard Designated, they are Single Vineyards which represent the maximum expression of their terroir. In this case, Nicasia comes from La Consulta, Valle de Uco, which explains why this Malbec is complex and deep, with attractive red fruit, floral with hints of camphor. On the palate it is juicy and broad, with measured freshness, firm and attractive tannins, and a rich, long and complex finish.

#7. Doña Paula Los Indios Parcel Malbec 2014 ($1.593, 96 pts)
The Parcel line, from Bodega Doña Paula, is dedicated to wines from unique vineyards. In this case, Los Indios Parcel, comes from a section of the finca that the winery has in the department of San Carlos, Uco Valley, at the foot of the hills. Altitude and coolness are the keys to its flavour. That is why this is one of the best Malbecs of the year, with very fresh fruit, reminiscent of cherries, it is abundant with traces of herbs. On the palate it is large, with soft tannins and a defined, full flavour. It is a pleasure to drink, its freshness is all that one looks for in a red of this style.

#8. Valle Arriba El Pucareño Malbec 2017 ($1.450, 96 pts)
Valle Arriba “El Pucareño” is a wine that represents several interesting things. Elaborated by Yeyé Dávalos, from Tacuil, it covers that double tradition of being a high altitude wine and at the same time being from the new Calchaquí terroir, Pucará, a Andean valley to the West of the central corridor of the Calchaquí river. With high altitude terroir and solitude, this red expresses purity and a real intensity, with aromas of black and red fruit, the palate is juicy, meaty and powerful, without losing subtlety or gustatory expression. A modern and surprising profile for the valley, which earns its place among the best Malbecs.

#9. Mendel Finca Remota Malbec 2015 ($1.950, 96 pts)
Roberto de la Mota, a legend of Argentine viticulture, has been perfecting this exclusive Malbec for a decade, with grapes from a small plot in Paraje Altamira. Such is the quality of these fruits that he decided to turn them into the icon wine of Bodega Mendel, a project where he is a partner. As in every new harvest, Finca Remota 2015 is an intense Malbec that deserves to be uncorked with time to let it breathe. When it reaches its fullness, it displays black fruit aromas intertwined with mountain herbs and sweet spices. The ageing is evident and of such an excellent quality that it adds complexity. The palate is full with firm tannins and a pleasant texture, a good body and a clear fruity flavour. Long and sophisticated with great ageing potential and perfect to be among the best Malbecs in Argentina.

#10. Salentein Single Vineyard Finca El Tomillo Malbec 2015 ($980, 96 pts)
A pioneer in the Uco Valley, Bodega Salentein launched a Malbec in 2017 made with grapes that are not from Tunuyán, where the winery is, but from Paraje Altamira, San Carlos. Planted in 2007 and with the oenological expertise of Jose “Pepe” Galante, it is a Malbec that expresses black and red candied fruits, with evident herbal traces, reminiscent of thyme. The palate is delicate, with medium freshness, perceptible ageing, with traces of smokiness and juicy, rich tannins. It is everything you can ask a wine to be. Excellent.

For further details of the report and other nerdy data, click here or follow the #InformeMalbec2018 in social media networks.