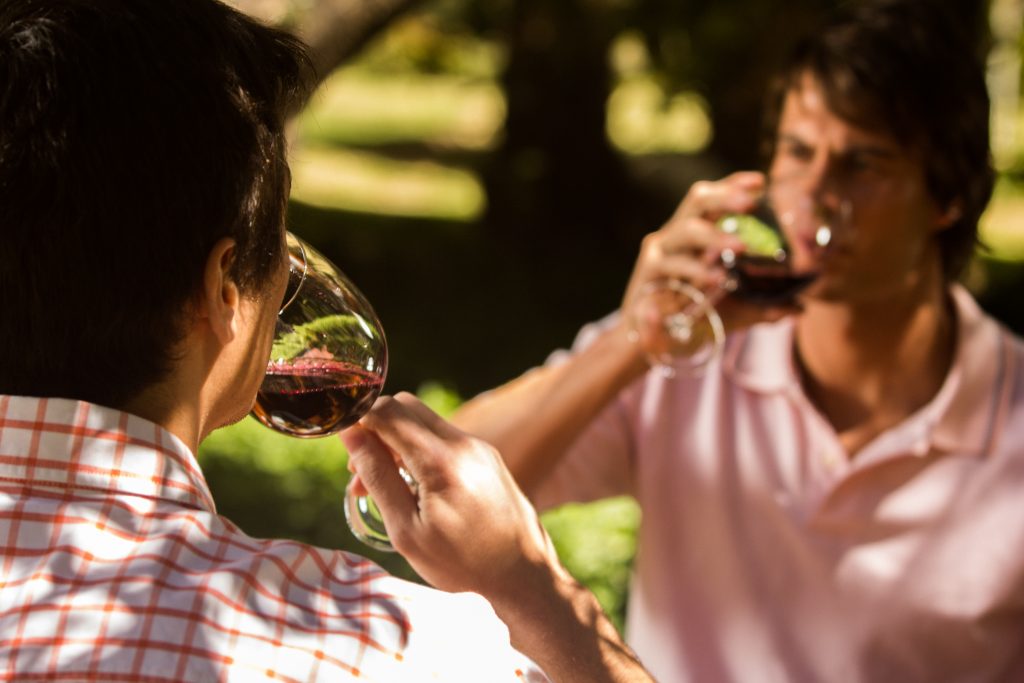 Faced with an expert, if you do not want to seem a fool, it is best never ask any of these questions. To avoid any bitter responses, here we reveal the topics that are taboo!

Connoisseurs of wine are intimidating. Partly because, with their knowledge, they tend to make you feel like a novice with little taste, versus expertise. And also because when the doubts arise, the general public are daunted and they don’t know if their question is nonsense or the core of the mat-ter. Because this doesn’t matter in Vinomanos, here are ten questions that you must never ask, and why.

Are the aromas added to the wine?
It is a typical question asked mainly by novice tasters. To describe wine aromas, words that mislead the consumer are often mentioned, like currant, raspberry, truffle, leather and many more. The truth is that there are no added flavours but similar feelings which provoke the memory of the taster. If you do not want to go through the embarrassment, best to keep this question to yourself.

A blend. Is it like a multi-fruit juice?
In all fairness, a blend is a wine made from different varieties of grapes, so the answer is, yes. But in multi-fruit juices the fruit is usually discarded and in the case of wine, it isn’t. It’s more of a selec-tion in order to make the product more complete.

What is the best wine in the world?
This is one of the most absurd questions that can be asked, because there is not only one possible answer. In any case there are well known wines like Petrus and Margaux, but they are not necessari-ly better than their peers. It’s important to know that good reputation does not always depend on the virtues of the product.

Rosé. Is it effeminate wine?
In a country of tough reds and male drinkers, this is a fairly common preconception. It seems that drinking a rosé, puts you at the opposite end of the male stereotype. There is nothing more errone-ous than to think that one type of wine determines sexual orientation. Those who do not drink be-cause of a ridiculous phobia forgo attractive, aromatic and well-performing products for pairing. But try one with a pizza and then a steak, and you’ll see.

In what container was the wine made?
Someone always winces when this question comes up in a public tasting. Equivalent to asking the chef if the mushrooms jump in an iron or Teflon skillet. It will not change the taste, but it’s an ” experts” question. Do us a favour and keep your mouth shut. Concentrate on the virtues of wine rather than those of its container.

A DOC wine.
Do it have healing powers? Definitely not. Controlled Denomination of Origin (DOC) is a wine that has a certificate of origin for its grapes and is produced according to a protocol that aims to regulate certain quality. In Argentina, the only DOC that works well is Lujan de Cuyo for its Malbec.

If the wine is older, is it better?
Not true, even remotely. In countries like ours, it is much better to drink young wines, because they have more fruit intensity and definition, than some of the older ones which arrive tired and dull. Best leave the third age to the French, who must inevitably age their wines to improve them.

Should reds be drunk at room temperature?
Another classic and misleading question. It’s a bad translation of a French concept, whose regions don’t have the summer temperatures of our country. Here, from December to March, it is refreshing to give the reds a bit of time in the fridge if you don’t want to drink hot, alcoholic wines.

What does IG mean on the label?
IG is a new concept, so I can forgive those who ask what it is. The acronym stands for Geographical Indication, and can differentiate between those wines whose source regions are considered decidedly different from the rest. Lately, more and more wines come with IG on the label. Watch out for them.

Unfiltered, is it better?
Some years ago there was a fad that gave prestige to wines which were not filtered in order to pre-serve their characteristics. Indeed, unfiltered wines usually have more dry matter, which gives them a fleshy and dusty palate. But it is also true that if they are not well made, in the short term they can fall apart. Don’t get ripped off!