Posted inMeet the Wineries
Posted by By Wines of Argentina 17 August, 2021 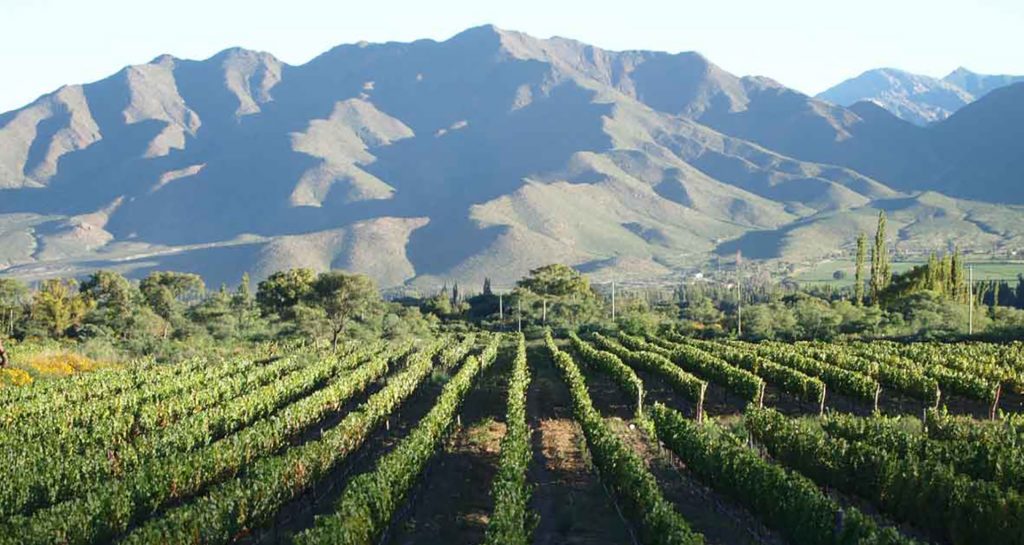 The vast Calchaquí Valley in the northwest of Argentina boasts several pockets of vineyards along its winding ravines and gullies. Cachi is a town located at the northern end and if one ventures even further into the mountains one finds a small, remote vineyard that has earned accolades for the unique wines from Cachi it produces. Called Adentro – it’s located in the area known as Cachi Adentro (Inland Cachi) – it was founded by a Swiss mountaineer who fell in love with the Andes.

His name is Christian Gotz and he remembers how he visited the area in search of peaks to scale but was bewitched by the charms of the valley, especially   Nevado de Cachi, a mountain with a peak 6380 meters (21,000 feet) which he has tried to climb twice but thus far hasn’t got to the summit. It’s a big, difficult mountain.

The expression of the wines from Cachi

But even the Swiss can’t live on mountains alone. Gotz loved the wines from Cachi as well, enchanted by the depth and purity of the terroir he decided to move to a home with a view of the mountains and a vineyard. He first planted in 2006 and currently tends to 8.25 hectares of vines with plenty of love and help from his dogs.

“At first I went back and forth from Switzerland,” he says as he inspects his vines, which end at a row of skinny poplars, “so I could finance the plantation. But in the end the call of the vines was too much and I moved here permanently.” He called his vineyard Finca Río Las Arcas due to the large number of acacias (known locally as arcas) in the region.

Considered one of the best vineyards in the area, his customers include local winemakers and several from further afield in the valley and Gotz is a zealous caretaker. He has 6 hectares of Malbec, 1 of Merlot and 1.25 of Torrontés and makes varietals of each under the Adentro label. Thanks to the altitude, all are outstandingly fresh and pure.

Planted at a height of 2685 meters (8800 feet) above sea level, the sun and cool nocturnal temperatures on the mountain inject energy into Gotz’ wines, especially his Adentro Torrontés, an otherworldly wine with herbal aromas and a sparky palate. And the Merlot is another treat. “It’s a Chateau Figeac Calchaquí,” Gotz jokes sometimes, highlighting its herbal character, dark fruit flavors and juicy feel in the mouth.

But it’s with the Malbec that the uniqueness of the terroir really comes to the fore: fruity and spicy, it has a light flow with fine tannins and an enchanting style. Which is why other producers come running. Some, like the oenologist Thibaut Delmotte, maintain the purity by refraining from adding sulfites, thus preserving that alluring style.

A blend and a delicious white

Gotz also bottles a blend of Malbec and Merlot called Gran Nevado as well as different batches of Torrontés, both partially fermented and aged in barrels. While the red delivers the characteristics of the varietals shaped by the barrel aging, the white is more unusual but just as delicious.

Beyond the world of wine, Cachi is an extraordinarily charming place in its own right; it’s no wonder that it seduced the Alpine climber who still dreams of high peaks while he watches over his vines and vegetable garden and his dogs gambol in the fields. The combination makes for an unforgettable visit.

Want to read more about the wines and cuisine of Salta? Click here: Salta: vineyards and empanadas in the shade of a cactus

Meeting back up again: I’ll bring the wine