Posted inMeet the Wineries
Posted by By Wines of Argentina 14 September, 2021 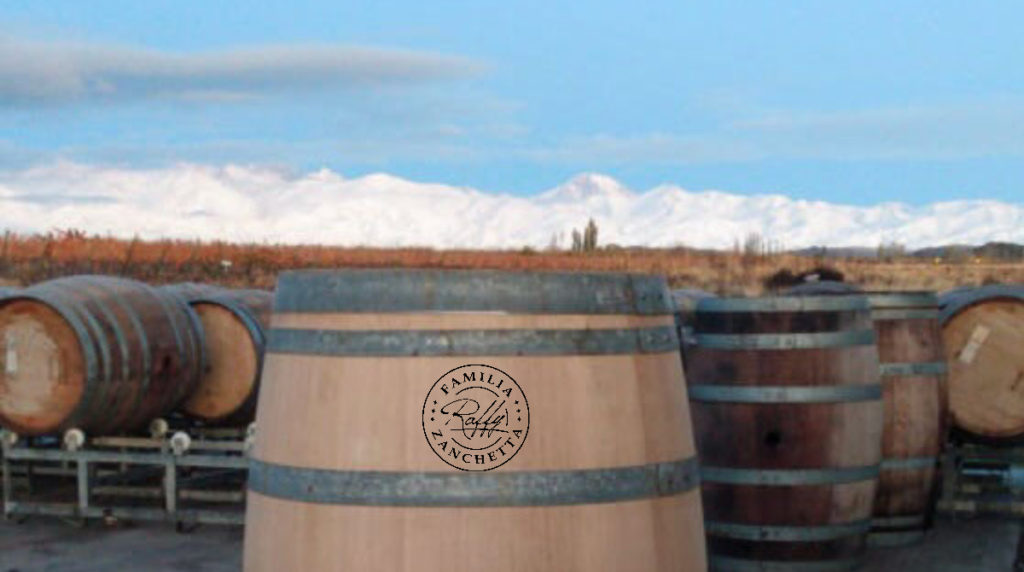 In Gualtallary, Uco Valley, a small winery tends to 10 hectares of vineyard. At first sight there might not seem much particularly remarkable about it: just another craft winery dedicated to its vines and wines. But closer inspection will reveal that inside Bodega Raffy Familia Zanchetta beats an Argentine heart with French flair.

Philippe Zanchetta has run the small enterprise in partnership with his wife Jaqueline for a decade. The French couple produces a series of wines that focus on the terroir of Mendoza, combining French savoir faire with local traditions and instinct. What sets this vineyard apart is that all the vines were planted directly in the soil, just as they were in the past.

“Because we don’t use grafts, the plants have adapted to the local terroir and can express it fully with nothing getting in between, resulting in a distinctive organoleptic quality with a specific flavor,” says Jaqueline Zanchetta.

At 3900 feet above sea level, the soils of Gualtallary are sandy with calcium and granite deposits (in the parcel planted in the dry river bed) but most importantly they’re virgin, making it possible to plant directly because the roots won’t be affected by pests.

Other signs of the French influence can be found in the aging methods and styles of the wines. Like other producers, Bodega Raffy Familia Zanchetta focus on producing Malbec for international markets. They work with hand-picked grapes harvested at the perfect point of ripeness before aging in barrels in the Bordelais style.

“The sun, which is so generous in Argentina, and the altitude are our two greatest allies as they allow our wines to develop exceptional concentrations of polyphenols,” says Philippe Zancheta. “The quest for oenological satisfaction goes hand in hand with research into the health benefits of high-quality red wine made without pesticides or chemical additives. My philosophy is to combine these two aspects in my wines. That’s the true meaning of high-end wines.”

To produce a wine with especially generous fruit and spice aromas and gentle, complex tannins, at Bodega Raffy Familia Zanchetta the winemakers keep track of 70 variables: drip irrigation, analysis of how the soil absorbs water with collectors, satellite monitoring of erosion by the wind and other factors, and stainless steel tanks with thermoregulators to control fermentation processes.

With the latest technology and a craft philosophy, they produce wines that are sold in dozens of countries across North and South America, Europe and Asia, under the commercial brands Hedera, Pardus and Tursos, all part of the Dionisos collection.

The brands and the wines

Hedera means ivy in Latin and refers the crown worn by Dionysus, the god of wine. Since ancient times it has been attributed with magical powers, such as the ability to withstand the effects of alcohol. Because of its link with the deity, taverns and wine stores often hang ivy branches over their door. The line includes a Torrontés from Cafayate, a Malbec Rosé and a Malbec from Gualtallary.

In Greco-Roman mythology, Pardus is the leopard that pulls Dionysus’ chariot and the god of wine also wears a leopard skin, which represents vigor and fertility. The leopard is a metaphor for the dynamism of the winery, symbolizing strength, potency and solar energy of their high-end Malbecs without forgetting the feline elegance of the tannins.

Tursos, meanwhile, represents the intensity, concentration, refinement and complexity one finds in the Malbec bearing that name in which red and dark fruit and the local spice of Gualtallary form a potent structure along with the silky tannins. The intense pleasure produced by this wine comes from its aromas, the velvety texture that delicately coats the mouth and an elegant, prolonged finish. It’s a cellar wine aged for 18 to 24 months in second use barrels made only of French oak.

The winemakers are also working on other lines and concepts and while the beating heart of Bodega Raffy Familia Zanchetta will always be Malbec, the determination and passion of the Zanchettas is evident in each of their labels.

The Tucuman Wine Trail: A journey full of flavor, color and history